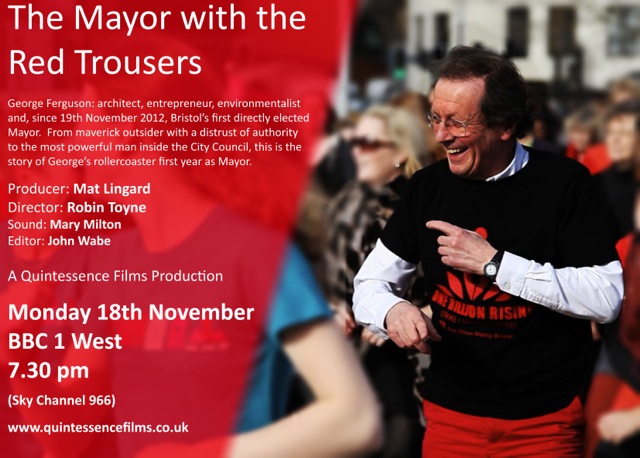 Categories:sidebarsoundUncategorized
by Mary |
on November 15, 2013

This is one of the things I have been working on with my friends Robin and Mat for the last year – it’s why we were standing outside 10 Downing Street for quite a long time a few weeks back. I have not seen it yet myself but with the footage we got I think it should be a really nice documentary – shame it’s not longer. It’s only on BBC in the West, but if you have Sky you can watch it anywhere on channel 966 apparently.

ADDED: Scandalously the closing minutes of this film were cut off on transmission, you can see what was broadcast on iplayer until 25th November http://www.bbc.co.uk/programmes/p01lmt6q