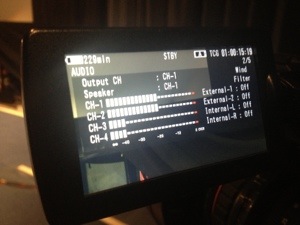 Some of these smaller cameras are a real pain for sound recordists. Mainly because no two are the same and it’s always a case of delving into the settings and hunting for the headphone socket every time you see one.

This one was a pain to set up. It look liked most of the others at first glance. It turned out to have that really annoying feature that allows you to record channel one’s input on both channels. Most of them do to be fair. I hate that, it was impossible to tell that feature was on from the status screen – certainly not clearly anyway. Some of the cameras have a really useful diagram that lets you see how the audio is routed. I always check with line up tone so I’m not caught out but after that you have to work out how to turn the “feature” off. It’s normally a switch on the side of the camera nowadays but with this camera it’s in the menu. As are the monitor settings which can also be set to only monitor channel one. 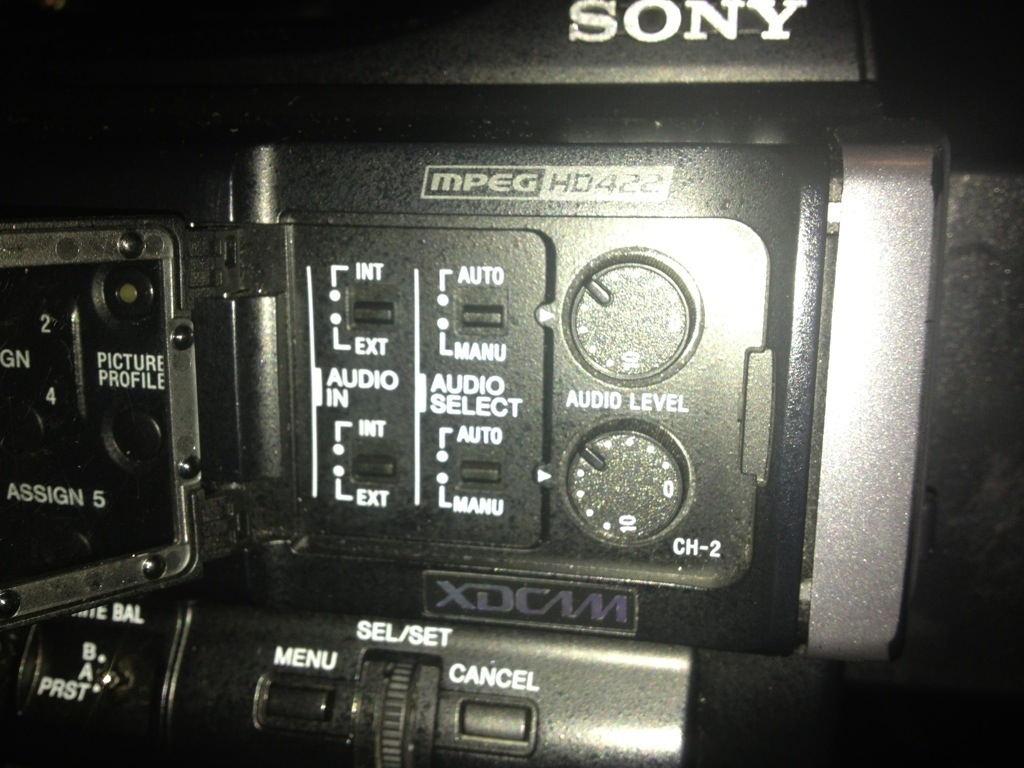 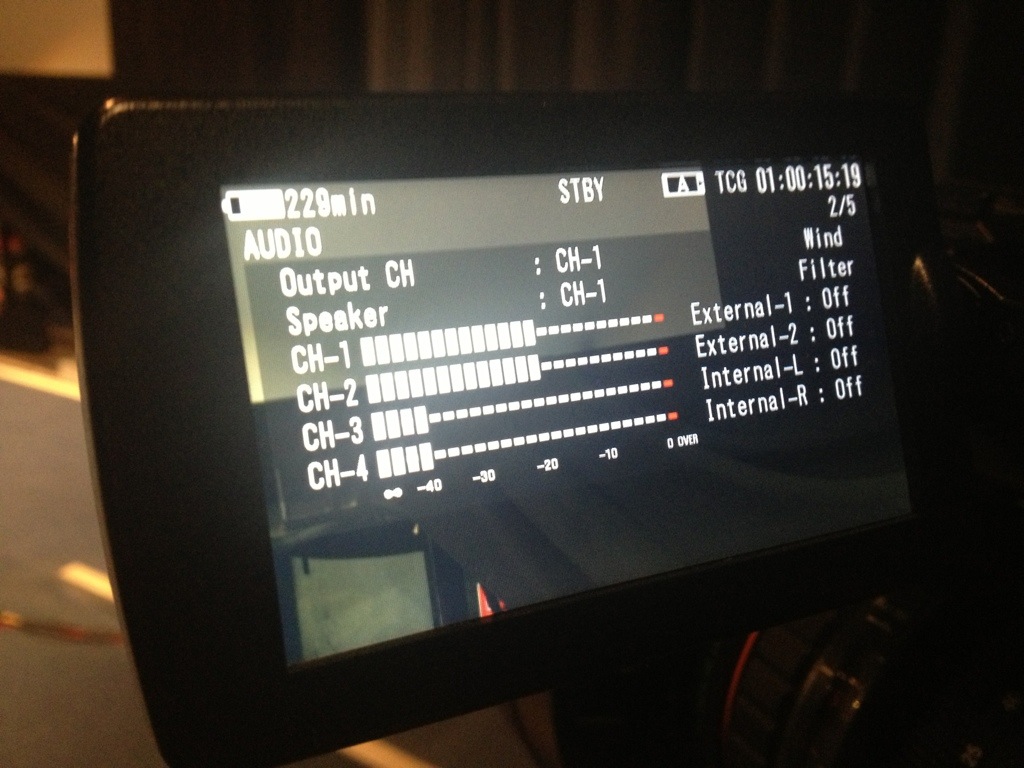