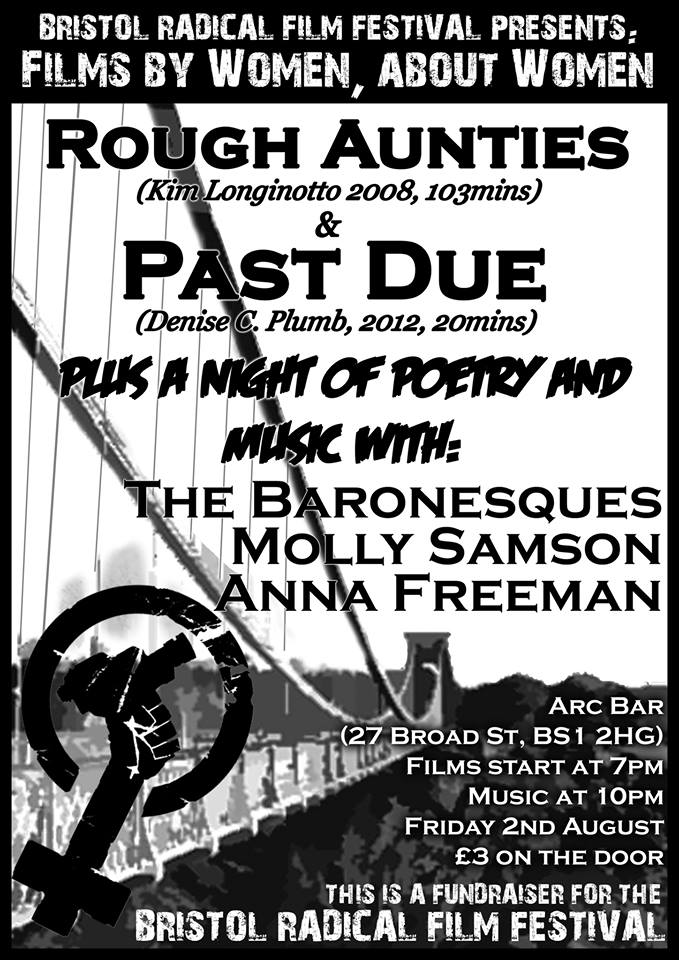 Just found out that a film I did sound on a few years ago in South Africa is getting a screening in Bristol, here are the details:

Bristol Radical Film Festival is back with its second fundraiser of the year, this time with a focus on women in, on and around film. Later on we will be hosting female poets and bands from Bristol, for an afterparty til late. Showing:

ROUGH AUNTIES (2008, 103m, Kim Longinotto) This powerful, soulful documentary illustrates the work of the women of charity Bobbi Bear in Durban, South Africa, who care for neglected and abused children who would otherwise lack support and protection. The support they give the children they care for, and the struggles they go through, is reflected in their lives and their dynamic as a unit.

PAST DUE (2012, 20m, Denise Plumb) Evelyn Linder is saddled with debt, and plagued by calls from a debt collector. She embarks on a road trip to find her mystery caller, to clear her debts and the bad name he has given her.

A big part of BRFF events is promoting open discussion following the films to engage with the issues they represent, and to encourage continuing action and communication.

Following the success of our previous fundraiser at Arc Bar in April, there will be another gig to follow until we close, featuring folk/acoustic singer/songwriter MOLLY SAMSON, spoken word artist ANNA FREEMAN and Bristol female rock quartet THE BARONESQUES, who will be sharing their soul and talent with us and are guaranteed to exhilarate!