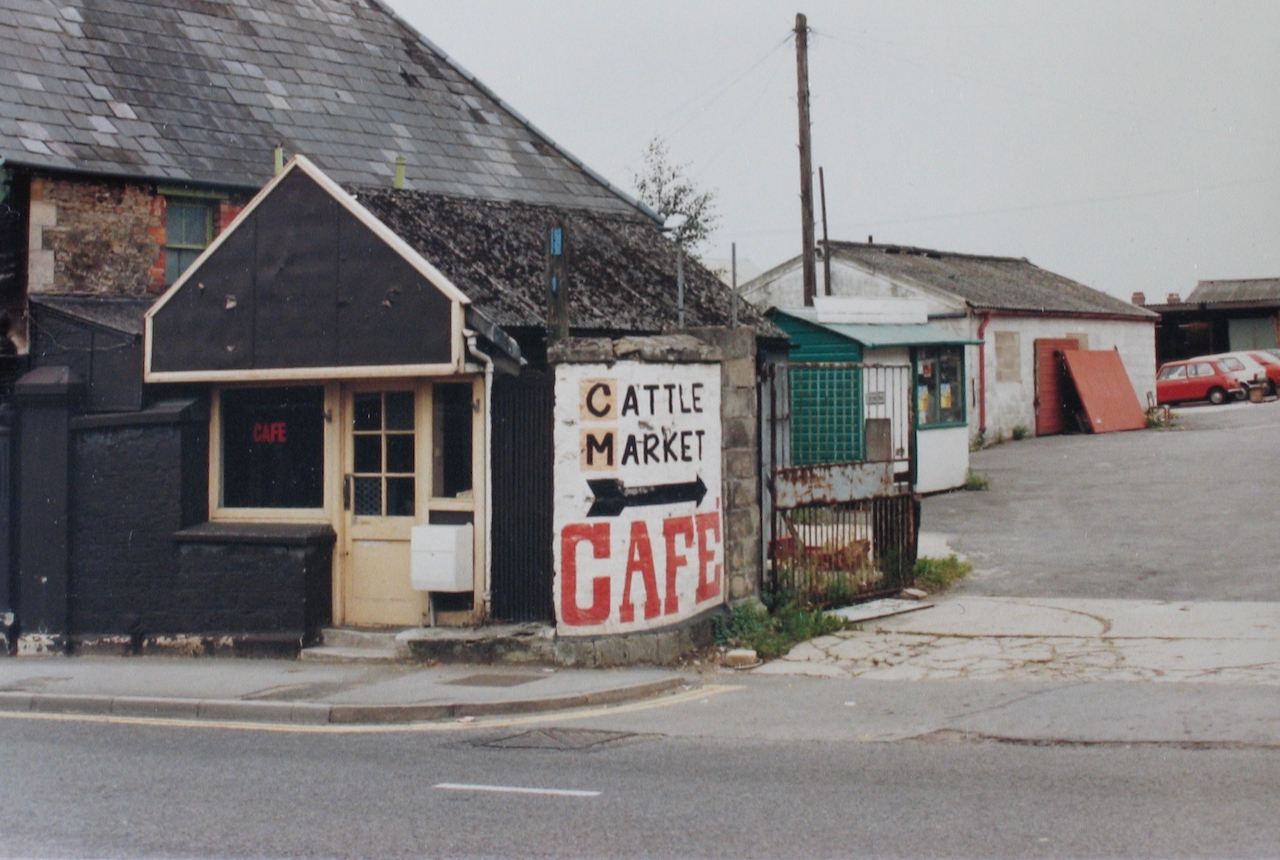 Categories:heritageSwindon
by Mary |
on October 16, 2021

I recently re-discovered these photographs while doing a bit of sorting. Believe it or not there was once a cattle market in Swindon old town. It was situated where Signal Way is built now. I clearly remember being taken there as a small child to see cattle being auctioned. I guess that was cheap entertainment for children in the 1970’s! I remember one cow being paraded around the ring with a bloody nose – it didn’t fetch very much money. We sometimes ate in the cafe which I am pretty sure was called the Cartwheel Cafe at that time. We had huge plates of steaming chips and the salt came in a little straw which you tore off at one end.

I’m not sure when the market closed but it remained derelict for some time before it was cleared and the houses were built. These pictures must have been taken at some point in the mid 1980’s.

I’ll post more of my pictures of Swindon as I sort through them.